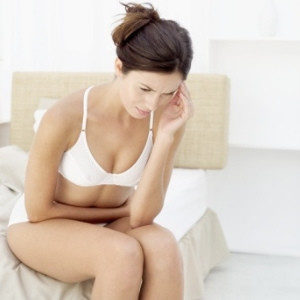 A new study suggests that pelvic pain is grossly underreported among young women in their late teens and early 20s. Researchers from the University of Florida conducted the first-ever study on the prevalence of pelvic pain among college-educated women. Among the respondents, 72% had experienced pelvic pain in the previous year but nearly 75% of those women had not sought treatment. Eighty percent of women said they had painful periods, close to 33% had painful sexual encounters, and one-fifth had pain in external genitalia.

“There is a significant lack of awareness about pelvic pain in general,” explained Dr. Nash Moawad, director of the Center of Excellence for Minimally Invasive Gynecology at UF Health and the lead author of the study. “Some women thought their pain was normal. They think that is how periods are supposed to be. But if you are missing days from school or work or have to cancel activities, that is striking. No pain should ever be that severe. If a woman has to take narcotics for pain, or if she has had to drop out of classes, that is not normal. She should see a physician.”

The researchers asked 2,000 young women to participate in the study and received 390 responses. The women reported that barriers to treatment included problems with insurance and making appointments as well as a lack of understanding from physicians. The researchers also suspected that many of these women did not receive treatment because they did not realize their pain was abnormal.

The findings also demonstrated the importance of seeking care for pelvic pain. The researchers found that there was a “big difference” between women with and without pain in terms of how they perceived their overall health. Women with pain reported more sad days, irregular sleep patterns, and poorer quality of health.

Pelvic pain could be a sign of endometriosis, ovarian cysts, interstitial cystitis, irritable bowel syndrome, or urinary tract infections. Biomechanical problems and dysfunction of the sacroiliac joint at the base of the spine may also cause pelvic pain.

The researchers encouraged women to seek care for their pelvic pain, since many of these conditions can be diagnosed and treated. For women with pelvic pain related to SI joint dysfunction or pregnancy, chiropractic care can ease pain through non-invasive treatments such as exercise therapies and chiropractic adjustments.
References