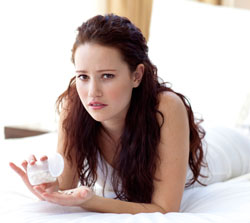 Many patients with chronic pain use non-steroidal anti-inflammatory drugs (NSAIDs) like aspirin, ibuprofen, and naproxen. But previous research suggests that several of these drugs may pose cardiovascular and renal risks.

Patients with chronic kidney disease or rheumatoid arthritis were particularly susceptible to the risk,  but older patients had the highest risk of all.The researchers wrote that older patients “are of special concern because the prevalence of use of NSAIDs and the incidence of atrial fibrillation increase with age.”

With millions of chronic-pain patients regularly taking NSAIDs, this research could have “major clinical and public health implications.” Patients with chronic pain may benefit from employing a safe, non-drug method of managing pain. Treatments like chiropractic reduce pain naturally by addressing the root of chronic pain rather than just alleviating the symptoms.