A blog from one of our sponsored athletes Jonathan Mullen 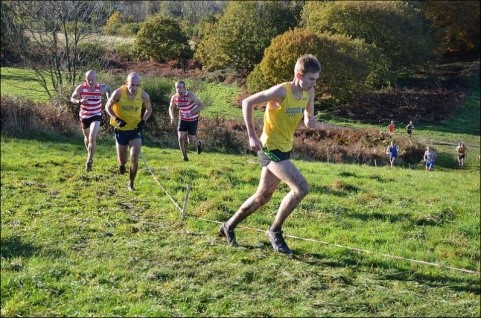 This is my first blog on this website so to update the newer readers of my blogs on what has happened over the past 6 months is a long story but cut short it looks something like this:

I had an interesting summer really, I started off with high aspirations of a successful season on the roads, and to a certain extent, up until July those hopes were being fulfilled, I was running personal best times every time I ran in a 5k or the Wirral seaside run. I had also set myself a new PB on the road for 10k. Everything was going the way I had envisaged.
I headed off to Cumbria to have a crack at England’s toughest 10k at Endmoor, just outside Kendal in July. Being predominantly a fell runner this race was well suited to me, the first three miles being an uphill ascent and the second half of the race being a fast descent. I had a successful race finishing 6th and having a further confidence boost by setting a good time, I was ready to take on anything, I was even considering making my first appearance on the track at a local 3k race hosted by Wirral AC.

However a week later I traveled to Lancaster to take on a 10k race there with a mate, during that week I had really struggled to recover, I missed a day of training due to DOMS (delayed onset of muscle soreness), I still had high hopes of running well here, but this ultimately was the changing point of my season, I suffered in the heat on the midweek summers evening, and finished in a time and position I wasn’t happy with. I blamed my performance on everything I could think of: Dehydration, Tiredness, poor recovery rate, over arousal, anything I could think of really.

By the end of July I was getting bored of road running, after having one of the most challenging nights of my running career in Lancaster which was a flat course and running poorly on it, I thought, if I am going to finish the summer off well, I need to do something else, so I targeted the English schools fell running championships which would be on the 29th of September, I began to focus my training on that event, putting in long hours of running over the fells most weekends up in Windermere despite the poor weather, adding in more volume and concentrating on consistency as a priority. I felt by the end of August I was in fantastic shape, I used August to avoid racing and to treat it as a month where I would just train. However its difficult when you are a competitive athlete to avoid competition, I did one fell race at the beginning of the month in Wales and finished 6th, two positions behind the Welsh #1 for fell running and 1 second behind the England U23 Bronze medal winning fell running athlete. This was such a confidence boost, I thought a full month of training would enhance my running and it did.

I headed into the Wirral Multi Terrain series and collected some results that shocked me. 6th at Royden Park, 10th at Thurstaston and then 8th in Arrowe Park. Not showing my full set of cards I was satisfied that the English schools fell running championships would go well. A nervous morning turned into a huge adrenaline rush once the starting gun fired, this was it, the National championships up against people of my own age. After a poor start I found myself steadily moving up through the field, after the first significant climb I found myself in the top 10, this would allow me on the FRA junior training camps which would help me progress my running further, rumor had it the top 5 would be selected to compete for England in the British fell match against the other nations that make up the United Kingdom. I worked as hard as I could to get myself into the top 5, and managed to do it, despite some hair raising moments up on the top of Benson Knott when I was involved in one of the best battles for position I have ever had in running against Stephen Garrett from the Isle of Man. I didn’t realise at the time until I was told by one of my best mates that this battle would decide 4th and 5th. I couldn’t quite get 4th, I was beaten fair and square in the last 300 meters. None the less I had finished my summer off the way I wanted to – with a good result.

At this point in hindsight, I should have taken at least a week off here, since I hadn’t had a break since January when I went skiing in Courchevel. Stupidly I didn’t take the break even though I had been advised to by several people including my coach Dave Evans. My enthusiasm for racing in cross country made me race at the Wirral schools a week later, and then at the Merseyside schools a week after that. I pushed on training at full intensity on the back of some good and tough races and they were beginning to take their toll on my body, I was picking up short term niggles all over: Hamstrings, Gluteals, Gastrocnemuis they were all feeling the after effects of over training and over racing. Something had to give and it eventually did.

At the beginning of November my right ankle started to feel very fragile. I failed to listen to my body and raced in Skelmersdale finishing 4th, just off the podium positions. That race worsened my niggle and turned it into a fully fledged injury, I headed off to see a local chiropractor (Sarah Younger) who diagnosed me with Tibilais Tendonitis and recommended that I rested up but remained active through non weight bearing sports: cycling, and swimming etc, I was in so much pain that there wasn’t much I could do for 10 weeks it was like living in a hole – not running, not going out socialising due to the injury hurting when you walk or stand up, It was the toughest weeks of my life but with the correct treatment  and having good support from the people around me surely the injury started to heal. The 11th week allowed me to get some training in, which I did, but I over did it and had to have two weeks off to allow the ankle to heal up again. Further rest and correct treatment by Sarah and the team at Younger Chiropractor clinic meant that I could be back training a week later.

I can honestly say that without the treatment I received at Younger Chiropractor clinic I would not be back training at the volume I am currently doing, I can’t thank them enough.
Younger Chiropractor Clinic has a unique approach to getting you back doing what you enjoy doing whether it is: Walking, running, cycling or swimming. Firstly the Chiropractors will find out what your injury is, in my case Tibilais Tendonitis. They will then provide you with the appropriate treatment for the injury you have, in my case this was done through: acupuncture, deep muscle massages, instrument assisted soft tissue mobilisation and manipulation. This is where the curing side of the treatment begins, looking at the injury prevention side of things, for me this was done through gait analysis and having a full shoe assessment in Chester. I was genuinely amazed at the support I received from Sarah and the Younger Chiropractic team; they all worked flat out to get me back to training as soon as possible, whilst putting a smile on your face and a spring in your step. Its great to see other patients coming out of the treatment rooms with a smile on their face, knowing they are receiving fantastic treatment by the best Chiropractors in the country.

My aims for this year will vary on how my ankle will hold up as I increase my training, ideally I’d like to get selected to represent England on the fells this year in the European junior mountain running championships or the World junior mountain running championships which take place during the summer months, my other ambitions for this year include doing a sub 16.30 5k and continuing to progress and develop as a successful athlete. 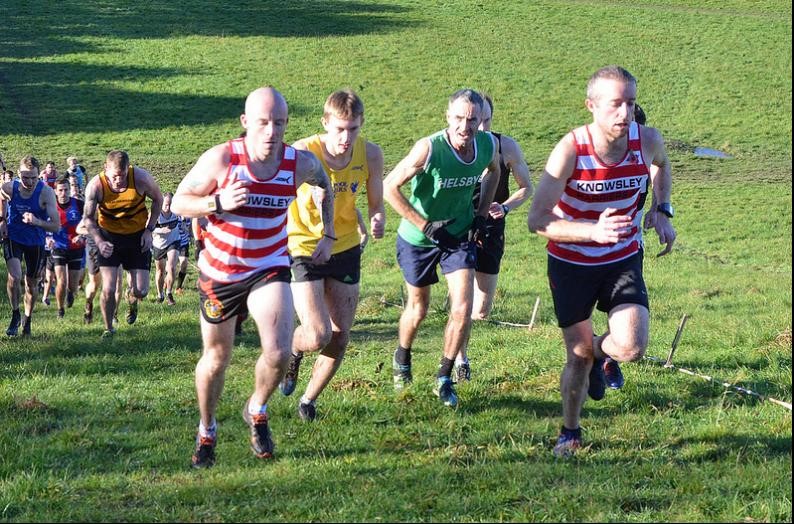 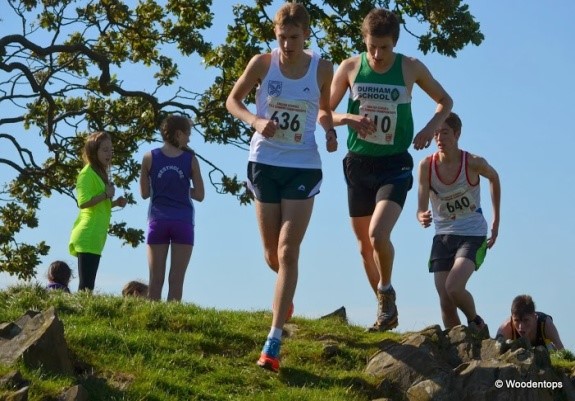 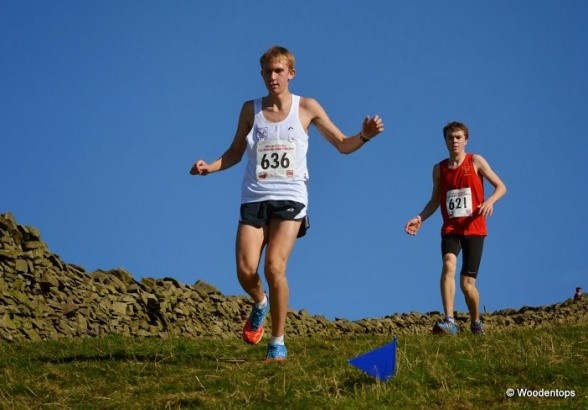 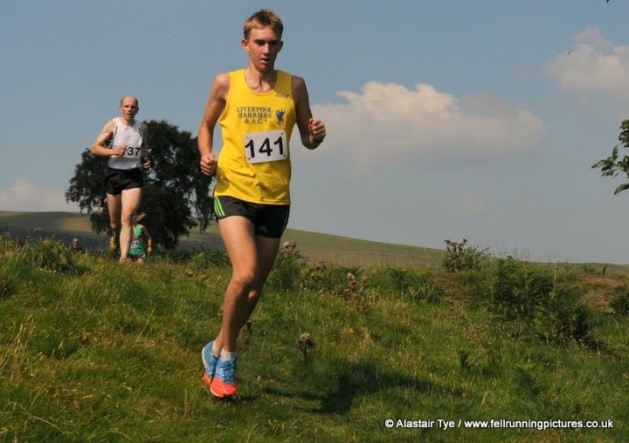 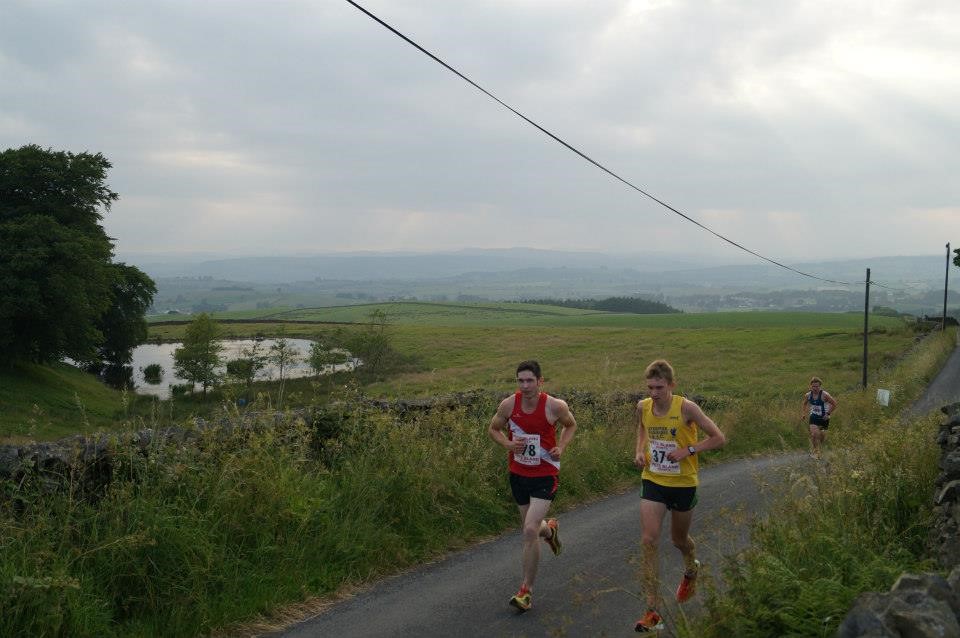